Celtic Connections Conference 2022 features a wide variety of speakers and topics from which you can choose.  Click the red expansion button next to the presentation title to view a description.

To browse the Conference program sorted in groups, click the links in the table below.  A downloadable PDF file of all the groups is included on the pages. 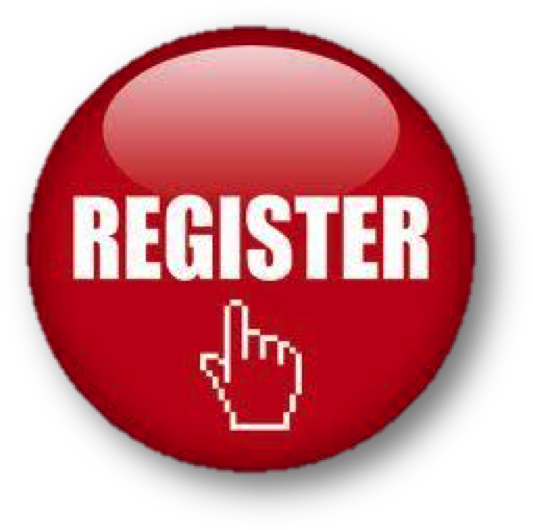 Patricia Coleman is a genealogist with a scientific background in chemistry, who enjoys using DNA software tools to analyze complex problems.  Her particular research interest is her Irish ancestors.  She writes a blog and is a moderator for Facebook user groups for DNA Painter and Genetic Affairs.

Maurice Gleeson is a psychiatrist and pharmaceutical physician as well as a genetic genealogist.  He is administrator of several Surname DNA Projects, including the Gleason, Spearin, Farrell, Boylan, and O'Malley Projects.  : He also works with adoptees and with people of unknown parentage, and has appeared on Irish TV as a consultant for the TV series Adoption Stories. He authors several blogs and is a regular contributor to genealogical magazines.  His YouTube videos on genetic genealogy are very popular.   He has organized the DNA lectures "Genetic Genealogy Ireland" in Dublin and "Who Do You Think You Are" in the UK since 2012, as well as given talks all over Ireland, the UK, and internationally.   He was voted "Genetic Genealogist of the Year 2015" (SurnameDNA Journal) and "Superstar Genealogist, Ireland" in 2016 (Canada's Anglo-Celtic Connections).

Annette Burke Lyttle speaks at the national, state, and local levels and loves helping people uncover and share family stories.  She has taught at GRIP, SLIG, and other institutes.  Her articles have appeared in NGS Magazine and The APG Quarterly, among others.  Annette is editor of The Florida Genealogist.

Shellee Morehead, PhD, CG, is an assistant professor in the Biological Sciences at NEIT.  She is a professional genealogist specializing in research and lecturing on Rhode Island, Italian, and French-Canadian research and genetic genealogy.  She is a member of the APG and BCG.

Northern Irish born Chris Paton lives in Scotland, where he works as a professional genealogist.  A holder of a Postgraduate Diploma in Genealogical Studies from the University of Strathclyde, Chris is an author, tutor, and lecturer specializing in Irish and Scottish research, and blogs daily at Scottish GENES.

A genealogical educator, researcher, and consultant focusing on unusual resources, manuscripts, methodology, analyzing records, Native American research, the WPA, and railroad records.  Her Celtic paper trail connections involve Ireland, Scotland, and Wales, and DNA agrees!  She has researched in-person at the local, state, and national levels across the U.S.

As an addicted family historian for over 35 years, Fiona is now breaking through brick walls with DNA and making new connections.  Through Memories in Time, she loves to teach and help people kickstart their research, understand their DNA results and most importantly share their research with family.

Fiona Fitzsimons is a graduate of Trinity College Dublin, a historical expert and entrepreneur.  Since 1996 she's developed our historical research department, setting high standards for all our research work.  From 2005 to the present, Fiona and her team have provided research and historical consultancy for television and film production, including WDYTYA, Faces of America, Finding our Roots, and Ancestors in the Famine.  Fiona has carved out a role as a writer and educator in Irish Public History, and has taught at the Innovation Academy, Trinity College Dublin; Ancestral Connections Summer School in N.U.I. Cork, the British Institute, and SLC.  Fiona hosts the popular Summer Talks series in the National Library of Ireland, and in 2014, she established the monthly Expert Workshop @NLIreland series.  Fiona writes a column, "Kindred Lines", in History Ireland and is a feature writer for the online magazine Irish Lives Remembered.   Fiona contributes regularly to specialist journals, and popular magazines and newspapers.

Pamela Guye Holland, a professional genealogist, specializes in Irish research and genetic genealogy.  She lectures, serves on various society boards, and works for NEHGS and Your Irish Heritage.

Stephanie O'Connell, CG®, is married to a descendant of the Great Liberator, Daniel O'Connell.  That is what the family thought, anyway, until she discovered their true heritage in 2010.  Since then, she has focused on Irish research, with a special emphasis on history and the lived experience of our ancestors.

Dr. Penny Walters has been a university lecturer for 30 years.  Penny's interest in genealogy started after having her first child and then wondering about her biological parents, as she was adopted.  Penny lectures internationally in-person, writes articles, and is sought after for a wide range of webinar topics.   Penny has authored the books Ethical Dilemmas in Genealogy and The Psychology of Searching.  Visit her website.

Sara E. Campbell is an educator, blogger, author, and editor with family roots in northwest County Mayo.  She brings her engineering training to her genealogical pursuits, and specializes in Massachusetts and New York research.

Margaret Rose Fortier is a Board-certified genealogical researcher, writer, and lecturer.  Named for her grandmothers, she has been researching for 20 years, and specializes in immigrant ancestors in New England.  A graduate of Boston College and Bentley University, she holds a Certificate in Genealogical Research from Boston University.  Margaret serves on the board of the Association of Professional Genealogists.

John Grenham was project manager with the Irish Genealogical Project from 1991 to 1995 and later went on to develop and market his own genealogical software, "Grenham's Irish Recordfinder".  In 2005, he was the first Genealogist-in-Residence at Dublin City Library.  He was awarded a fellowship of The Irish Genealogical Research Society in 2007 and of the Genealogical Society of Ireland in 2010.  He is the author of Tracing your Irish Ancestors (the standard reference guide for Irish genealogy), The Atlantic Coast of Ireland (2014), Clans and Families of Ireland (1995), and An Illustrated History of Ireland (1997).  He wrote the "Irish Roots" column in The Irish Times from 2009 to 2016, develops heritage databases, and ran the Irish Ancestors website in conjunction with The Irish Times until 2016.  He now runs the successor website.

Donna Moughty has been conducting family research for over 25 years.  She teaches and lectures on the Internet, Irish research, methodology and computer topics locally and at national and regional conferences and institutes.  In addition, she provides consultations, research assistance and training.  Donna takes groups to Ireland each year to research and is the author of the Quick Reference Guides for Irish Research. Visit her blog here.

Susan O'Connor teaches and coaches genealogy and family research in addition to her client work.   She has over 25 years' experience developing and teaching computer training programs.  She is a certificate holder from BU's Genealogy Research Program and is a member of multiple genealogical associations.

David Ryan (MA DIPGEN) is a professional genealogist and oral historian based just outside of Cork city, Ireland.  David is a graduate of University College Cork.  He holds an MA in Medieval History and a Diploma in Genealogy.

Christine Woodcock is a genealogy educator who enjoys sharing knowledge and opportunities with others to assist them in their quest to find their Scottish ancestors.   Being a Scottish emigrant, she is fascinated by the stories of others who left their homeland for opportunities in other lands.